The Czech Republic is not only a popular travel destination for romantic people and fans of the old Cinderella's film. Picturesque old towns, castles and palaces, seemingly endless forests, mountains and a strong beer culture make a trip to this country particularly attractive.

The calendar of events invites you to festivals, enjoyment and sightseeing and shows the many facets of the country. You can find all events and more details about Czech cities right here on Citytixx. Plan your round trip now and make your vacation a special experience. 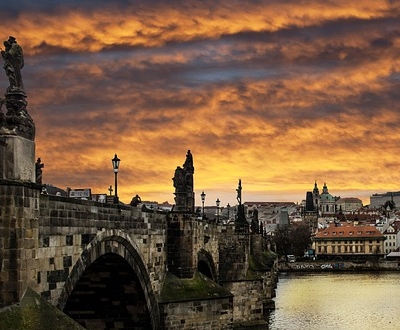 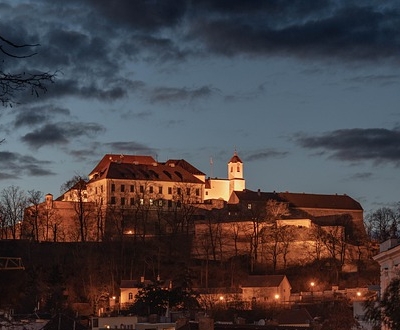 Holidays in the Czech Republic

Land of enchanted forests and magnificent castles - the Czech Republic is perfect when it comes to nature and culture! Picturesque lakes and untouched mountain landscapes invite you to go hiking and relaxing in the Czech Republic. Spindleruv Mlyn - a sports and recreation center in the heart of the Giant Mountains - is popular and well-known among Czech experts.

But the Czech Republic also has a lot to offer in urban areas: the golden city of Prague on the Vltava River is worth visiting. With its historic city center and the third highest synagogue in the world, the Gothic Franciscan monastery, there is a wealth of cultural treasures to discover in this charming city.

For those looking for relaxation and spa vacationers, a vacation in the Czech Republic offers an attractive and inexpensive way to recharge your batteries in the legendary spa towns of Marienbad and Karlsbad.

Festival of the Rose of the Five Petals - It is one of the most picturesque events in the Czech Republic. The event is held in Cesky Krumlov in June, home of the Rosenberg family who ruled the city for more than 300 years. On this day the city turns into a medieval village. In this festival the former craft guilds are restored, and there is a spectacular torch parade.

The historic grape harvest festival in Znojmo, South Moravia, is probably the largest of its kind in the Czech Republic. The highlight of the festival, however, is traditionally the festive procession through the city.

The Witch Burning Festival is one of the most curious and magical folk festivals in the Czech Republic. It is celebrated on the night of April 30th and is a tradition that dates back to the Middle Ages.

Located in the heart of Europe, one of the most beautiful cities in the world and an architectural pearl on the Vltava - this is Prague, the capital of the Czech Republic. It is also the eternal muse of artists, the UNESCO recognized city of a hundred spiers, a majestic and also a little mystical city with an incomparable atmosphere. The Charles Bridge, Prague Castle and the Old Town Astronomical Clock are worth a visit.

Brno is the second largest city in the Czech Republic and at the same time the main metropolis of Moravia on the eastern border. In addition to the Spielberg Castle (hrad Špilberk) and the functionalist villa Tugendhat, which is recognized by UNESCO as a World Heritage Site, many other sights are waiting to be discovered. The pulsating old town has made a name for itself internationally with dozens of cozy cafés.

More highlights in the Czech Republic

Karlovy Vary International Film Festival - It is held in July and is one of the oldest film festivals in the world. It was overridden during the Cold War, but it was able to regain its prominence and prestige in the 1990s. The prizes are the Globo de Cristal and are awarded in a luxurious thermal bath.

Another highlight in the Czech Republic is the Silver Festival, which takes place at the end of June in the town of Kutná Hora, also known as the “Treasure Chest”. It is a festival to celebrate the arrival of King Wenceslaus IV with his wife Sofia. The streets are decorated, knight duels are held and parades and fireworks are organized.

On Citytixx you will be kept up to date on all events and hotspots, because this way you can plan your vacation according to your personal wishes and interests. The calendar of events has something for everyone.

When it comes to eating and drinking, there's so much more to this beautiful country than just a whiff of cold, refreshing beer. By this we mean Czech specialties - their different flavors, which are used in dishes such as garlic soup, traditional roast pork with dumplings and sauerkraut (vepřová pečeně), fruit dumplings (Knedlíky) and apple strudel are presented. Sweet, tasty, savory - you are sure to find local Czech specialties that will delight your taste buds.

Thanks to internationally known brands such as Budweiser or Pilsner Urquell, Czech beer is world famous and the Czechs can look back on a long brewing tradition. Becherovka is a green-yellow herbal bitter schnapps that has existed in this form for over 200 years.