Red roofs, a picturesque old town and a view of the Adriatic Sea await travelers in the Croatian city of Dubrovnik. The car-free, small city is no longer an insider tip, but Dubrovnik is still not as overcrowded as other European metropolises. In addition to the UNESCO old town, Dubrovnik is home to well-preserved city walls, an impressive city harbor and a large number of religious buildings.

Dubrovnik, the pearl of the Adriatic

Dubrovnik, also known as “the pearl of the Adriatic”, is located in the south of Croatia on the Adriatic Sea. The characteristic old town, which is completely surrounded by a massive stone wall completed in the 16th century, is best known.

The architecture of the well-preserved buildings ranges from the Baroque style (Church of St. Blaise) through the Renaissance (Sponza Palace) to the Gothic (Rector's Palace, now a history museum). There are many shops and restaurants in the limestone-paved pedestrian zone Stradun or Placa.

The city walls of Dubrovnik are one of the main attractions of the city. The wall ring is one of the best preserved fortifications in all of Europe. It is 1,940 meters long and has five fortresses and sixteen towers and bastions.

To the west of the old town, on a cliff 37 meters high, is the Lovrjenac Fortress, a symbol of the city of Dubrovnik and its freedom, from which the city and the western Pile Gate were defended. Above the entrance is the inscription “NON BENE PRO TOTO LIBERTAS VENDITUR AURO” (Freedom is not sold for all the gold in the world).

It took 19 years for the new Dubrovnik cable car to be completed. Since July 2010, the cable car has been transporting holidaymakers from the old town up to Mount Srd again.

The long history of Dubrovnik is omnipresent and visitors can find old sacred buildings, baroque houses and traces of the former trading center on every corner. Last but not least, the city walls from the 12th century bear witness to the varied past of Dubrovnik. This is also brought closer to visitors in the Gornji Ugao Tower. Inconspicuous and a bit away from the lively center, you will discover the remains of a medieval foundry.

The Rector's Palace (Prince's Palace) is one of the most significant landmarks of secular architecture on the Croatian coast, and it was the seat of the Republic of Ragusa. Originally it was a Gothic palace with reconstructions from the Renaissance and Baroque periods. In the museum you can see a coin

collection from the time of the Republic of Ragusa, a collection of weapons and objects from the “Domus Christi” pharmacy from the 15th century.

To the west of the bell tower is the splendid Divona Palace, also known as Sponza Palace, a former customs house that now houses the Dubrovnik Historical Archive, one of the most valuable archives in Europe.

The folklore ensemble Lindjo performs in Dubrovnik from May to October. The dance ensemble is a tradition of the city and has existed for over 50 years.

The New Europe Market is an annual conference of the television industry in Dubrovnik. This year it will take place from June 7th to 10th, 2021.

All dates and information are updated daily on Citytixx so that you don't miss any event highlights. Pure culture - on your Dubrovnik trip.

Burek Sir is the name of a popular puff pastry dish. The dish is made from spinach and Pag cheese, wrapped in batter, shaped into a roll and then baked. Meat stews such as the Dalmatian pašticada, which are usually served with gnocchi, are also popular. A stew typical of the area is called Zelena Menestra (green minestra).

One of the most popular desserts is strukli, a strudel filled with berries or apples. The most famous dessert in Dubrovnik, however, is said to be Dubrovački Rozata, a creamy caramel pudding that makes your mouth water.

About 700 meters east of Dubrovnik is the island of Lokrum, an oasis of calm away from the tourist old town. It already served as a location for the makers of the Game of Thrones TV series. A nature reserve with olive trees, cacti and palm trees defines the image of Lokrum. Dubrovnik's Summer Festival is held here every year.

Other islands worth visiting are Mljet and Korcula. The Mljet National Park awaits visitors on the densely forested island and, like on all other islands along the Croatian Adriatic coast, numerous Benedictine monasteries. On the island of Korcula you can find the alleged birthplace of Marco Polo or the dark pine forests that determine the landscape of the island. 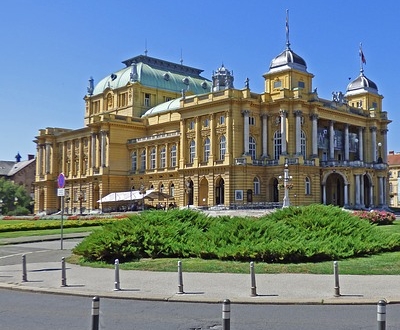 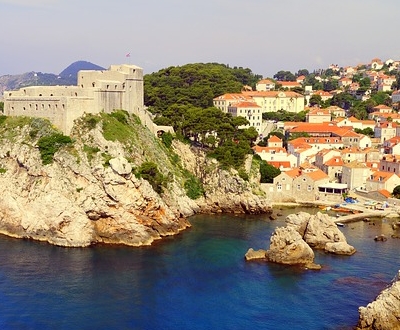