1001 amenities await you under the Geneva sun. As the cradle of watchmaking and home to important and creative chocolate manufacturers, Geneva is the ideal travel destination for a multifaceted stay where you can get close to living traditions.

All information and tickets for the Geneva events can be found here on Citytixx. Plan your individual trip now and spend stress-free, yet exciting days at Lake Geneva.

Geneva is the most international city in Switzerland because this is where the European headquarters of the UN are located. The International Red Cross also controls its humanitarian actions from here.

In addition to a conference venue, Geneva is also a center for culture and history, for trade fairs and exhibitions. The "Horloge Fleuri", the clock made of flowers in the English Garden, is a world-famous symbol of the Geneva clock industry.

The symbol of the "smallest metropolis in the world" is the Jet d’eau, a water fountain with a 140 meter high water jet on the edge of Lake Geneva. Most of the large hotels and many restaurants are located on the right bank of the lake. The old town, the heart of Geneva with its shopping and business district, towers over the left bank. It is dominated by the Cathedral of St-Pierre, but the real center of the old town is the Place du Bourg-de-Four, which is considered the oldest square in the city. Quays, lakeside promenades, countless parks, lively old town streets and elegant shops invite you to stroll. One of the best-preserved old streets is Grand-Rue, where Jean-Jacques Rousseau was born. The "Mouettes", a type of water taxi, allow you to cross from one bank to the other, and larger ships invite you to cruise on Lake Geneva.

In terms of culture, the city in the far west of Switzerland has a lot to offer. In the Grand Théâtre, the Geneva Opera House, internationally known artists perform and a wide variety of museums, such as the Musée international de l'horlogerie, a clock museum with a collection of jewelry and music boxes, or the International Museum of the Red Cross and the Red Crescent, which gives an insight into the work of the humanitarian organization invite you to visit.

The Museum of the Reformation is a must for religious visitors to Geneva. The location itself is historic: the building once served as an apartment complex for Huguenot refugees, which in turn was built on the ruins of St. Peter's Cross. The Mamco, as the Musée d’art modern et contemporain in Geneva is also called, is different. Since opening in 1994, the largest museum for modern art in Switzerland has pursued a dynamic museum practice. CERN - Discover the largest particle physics laboratory in the world. There are many ways to visit this science giant. Two permanent exhibitions, guided tours and a bike route encourage the discovery of particle physics.

Les Variations Musicales de Tannay is a classical music festival that brings together top-class musicians in the castle park. Every summer, Tannay's musical variations offer classical concerts in an idyllic setting: the park of the Château de Tannay with its lake and view of the Alps is perfect for these concerts.

On the Stage of the World Continental Athletic Tour (bronze), 500 athletes from 40 countries and 6 contingents meet in Geneva with the best Swiss athletes with regard to the OS in Tokyo. The traditional Geneva meeting is an indispensable event for Swiss athletics and attracts the best European and international athletes. It also enables young talents from Geneva to take part in a 100-meter and an 800-meter race.

France is only a few kilometers away from Geneva. This proximity is not without influence on the second largest city in Switzerland. The neighboring country has also left its tasty mark on gastronomy. Huguenots who had fled to Geneva from France once brought with them a preference for the longeole. The pork sausage, which is seasoned with whole fennel seeds, curing salt and white pepper, bears the seal of the protected designation of origin and is therefore only a real longeole if it also comes from

the canton of Geneva. Typical recipes of Geneva cuisine also include fricassée (pork stew in the Geneva style) and Geneva fondue, which is served with either morels or mushrooms.

Switzerland stands like no other country for the production of delicious chocolates. The region around Geneva makes no difference either. North of the city, at a distance of a good ten kilometers, in Versoix on Lake Geneva is the headquarters of the famous Swiss chocolate brand Favarger, which has been producing chocolate and specialties such as pralines and spreads there since 1826. If you want to bring this home as a souvenir, you can buy it in a shop in Geneva (Quai des Bergues 19). 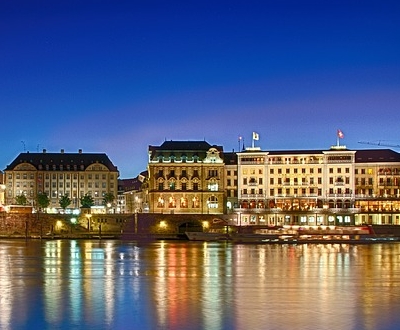 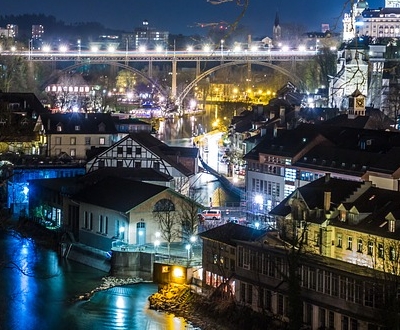 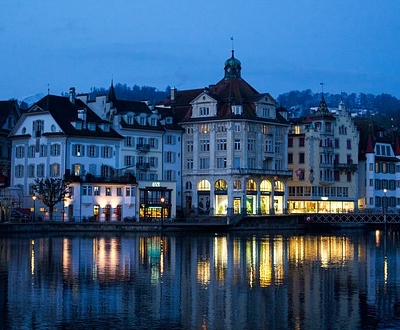