In the east of Spain, the city of Valencia, which is also the capital of the Valencian community, awaits you. It is located on the Spanish Mediterranean coast south of Barcelona across from the Balearic Islands. In Valencia you cannot just go on a city trip but combine it with a beach holiday. If it is pulsating in the center, you will find relaxing oases of peace on the extensive beaches and green parks.

Valencia, the city of Paella

Valencia is one of the most exciting cities not only in Spain but in all of Europe: rich in art and culture, full of greenery, with a lively nightlife and world-famous gastronomy, starting with the paella.

In Valencia we go from visiting historical monuments like the cathedral and the Lonja de la Seda to visiting bars in the Barrio del Carmen, the Plaza de Toros to a stroll in the gardens of Turia, to a dive into the local cuisine at the Mercado Central, into a boat trip in the lake of Albufera.

From medieval Gothic to modern styles, Valencia is a unique journey between past and present. A city that has reinvented itself over the centuries, from a sixteenth-century commercial center to a reference point in contemporary urban planning.

The history of the city is written in the cathedral of Valencia. It is located in the Plaza de la Virgen and is the seat of the Archdiocese of Valencia.

Lonja de la Seda is the building of the silk trade, a symbol of the city's heyday and a UNESCO World Heritage Site. The most important trading activities have taken place here since the 15th century.

Almost every Spanish city has its own bullfighting arena and that of Valencia is special. Plaza de Toros is located in the old town, where not only bullfights take place, but also events such as concerts and circus shows.

The city's 34 museums have something to offer for every taste. From the second largest picture gallery in Spain in the Museum of Fine Arts to the National Ceramic Museum, Fallas Museum, or the Bombas Gens art center to modern art in the IVAM.

One of the most interesting museums in Valencia is the González Martí National Ceramics and Solar Art Museum, which worships one of the greatest local industries. It is located in the palace of the Marqués de Dos Aguas.

The Fallas are the festival of creativity and genius par excellence. It combines the performing arts, music, the silk industry, leisure, gastronomy and the art of living down to the last breath. During Fallas week, March 15-19, more than 700 monuments will be erected, designed to disappear in the flames. In addition, parades, fireworks, concerts and festive evenings are organized in the city. As it is a unique festival in the world, the Fallas were declared an intangible cultural heritage by UNESCO in 2016.

The water court, also known as the Tribunal de la Vega, is a typical Valencian tradition. It is an appointment that takes place every Thursday at 12 noon, in front of the Basilica de la Virgen de los Desamparados. Locals and tourists visit the royal court scene while disputes between farmers over the use of water to irrigate the fields are discussed. The public court has been a UNESCO intangible cultural heritage since 2009.

On Citytixx all dates and information are updated daily so that you don't miss any event highlights. Pure culture - on your Valencia trip.

Africa, Japan and the Arctic in Valencia

Visit Africa, Japan, and even the Arctic in Valencia. All of this is possible in the Bioparc and the Oceanogràfic! If you love nature and animals, these systems are made for you. The Bioparc is home to around 4000 animals of 250 different species, most of which come from Africa.

It is an interactive zoo with natural vegetation and is particularly committed to the preservation of endangered animal species. The Oceanogràfic is the largest aquarium in Europe, with space for over 45,000 creatures and 500 different species from all over the world.

Relaxation and culinary delights in Valencia

If you feel like a little change after all the sightseeing, it is recommended to stroll along the famous Valencia's green lung, the Jardín del Turia. It crosses the city in the form of a 9 km long park. While crossing it from one end to the other, you can not only enjoy nature in the heart of the city, but also get to major attractions such as the Palau de la Música and the City of Arts and Sciences - a real godsend!

In Ciutat Vella is the Mercado Central, an important destination for lovers of gastronomy, but also a meeting point for Valencians in a place with modernist charm. This indoor market is a mix of food stalls, perfumes, colors, fresh food and high quality dishes. It is no coincidence that it is considered the largest fresh market in Europe and the best place to immerse yourself in local cuisine. 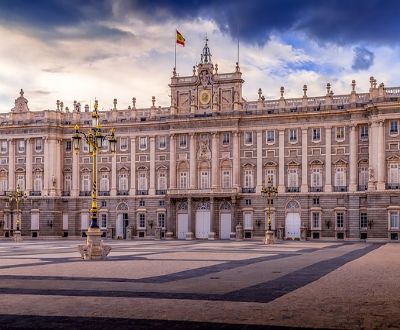 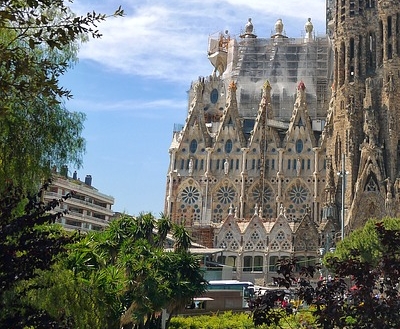 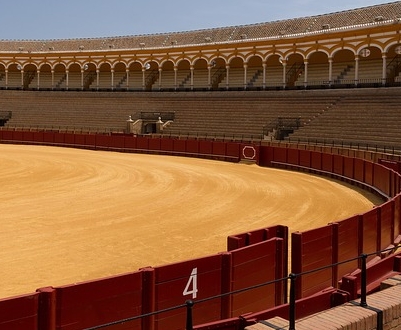 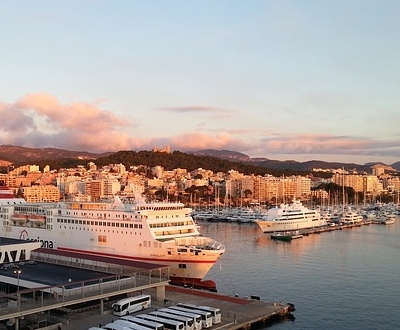